2017 Myer FOTF State Finalists | The Story Behind Their Winning Outfits

The ultimate dream for a Fashions on the Field enthusiast? Being crowned National Winner at Flemington Race Course on Oaks Day November 9th of course!

And The State Finals for 2017 are now under way… 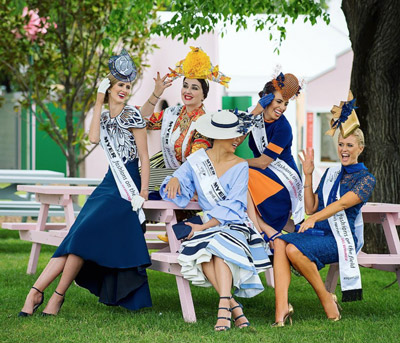 It’s an exciting time for me. I love hearing about how each finalist came up with their outfit.

I want to know how long it took, what brands they are wearing and the personal anecdotes that go along with how they pulled together their own individual look.

So this year I’m sharing. I’ve put together this blog post, which I will update as each finalist is announced.

It’s not all about the prizes…. (really)

…but, there is a huge prize pool on offer!

I saw Courtney’s suitcases and they were BEAUTIFUL!! All gold and shiny! 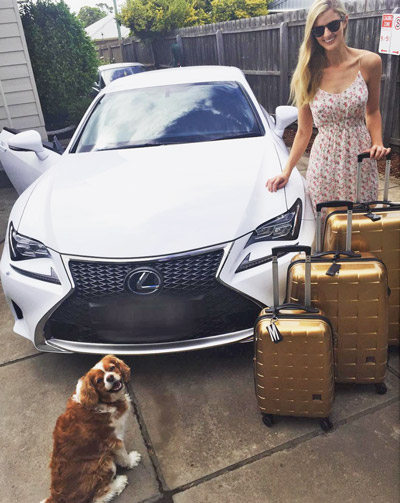 If that isn’t enough to make you stop and consider making your way to a State Final, then I don’t know what will!!

A Quick Overview for the Beginner

(For the non-beginners, you can click here to skip to the 2017 winners)

Heats are held in each of the six states as well as a “Semi Final” in Darwin, and, as of last year, China has been introduced to the competition as well.

As a Semi Finalist, the winner is fast tracked to the preliminary finals on Melbourne Cup Day. 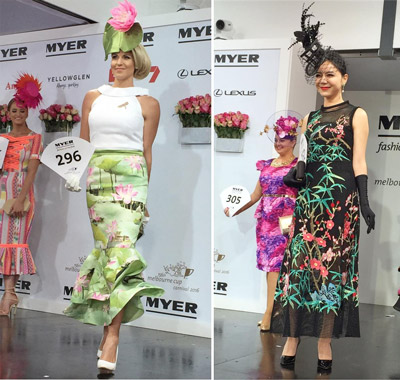 To enter a State Final, you just have to turn up on the day to the event, but make sure you get there early to register within the registration times. Otherwise, online registrations open weeks prior to the event and can be found here.

You do not need to be a resident of that state to enter. It’s quite common for states to be represented by women who reside in other areas. 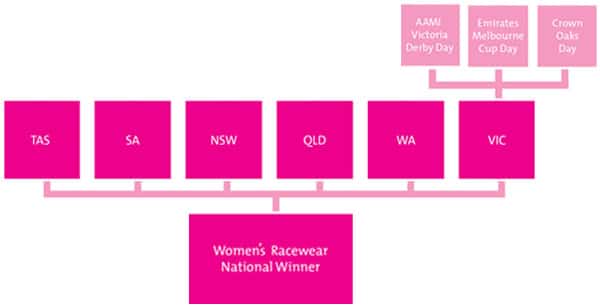 You will notice above, that Victoria has three opportunties; Derby Day, Melbourne Cup and Oaks Day.
The Victorian State Finalist is chosen from the winners of each day’s competition.

So, the winner from Derby Day, Melbourne Cup Day and Oaks Day enter a competition on Oaks Day to decide who will be the Victorian finalist. 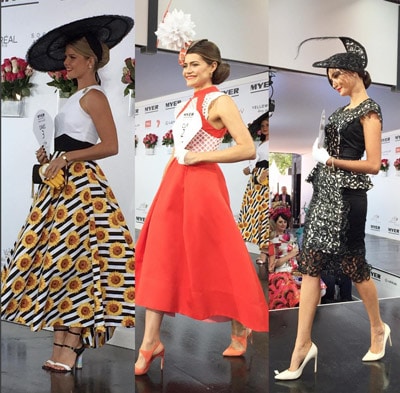 The Oaks, Melbourne Cup and Derby Day winners from 2016. Gracyn (left) was chosen to represent Victoria in the finals. Image credit: @ontrackontrend

Then, there is another competition- the State Finalists Competition. Winners from the 6 states compete for the overall winning sash. Prizes are awarded for first, second and third place. 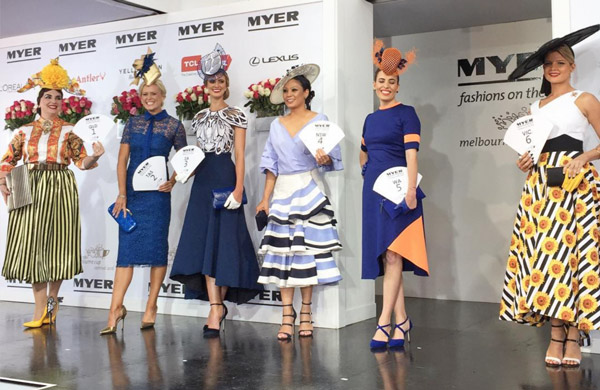 Click here to learn more about what happens behind the scenes at a Fashions on the Field competition.

Dates and Locations for Each State Final

Here are the dates and locations for this year’s state finals. Source: Flemington.com.au

The Winners so far… 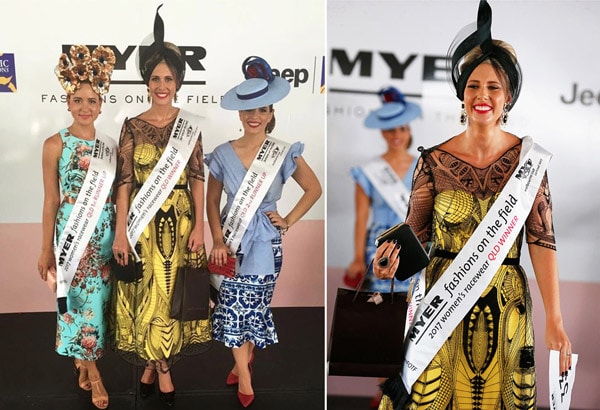 Stacie found inspiration whilst scrolling through Pinterest and her talented dress maker went to work for hours to put together this delicate dress. Aligning the tulle would have taken forever!! 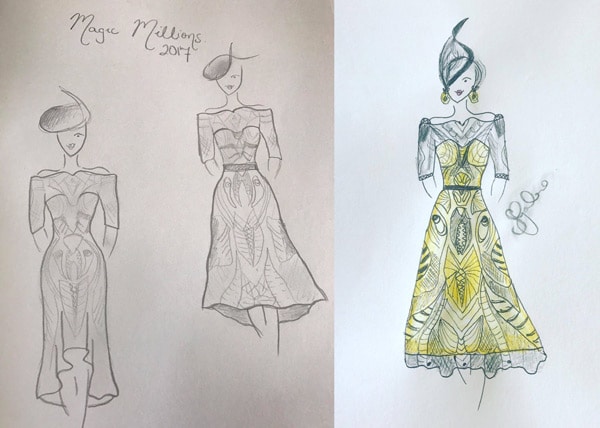 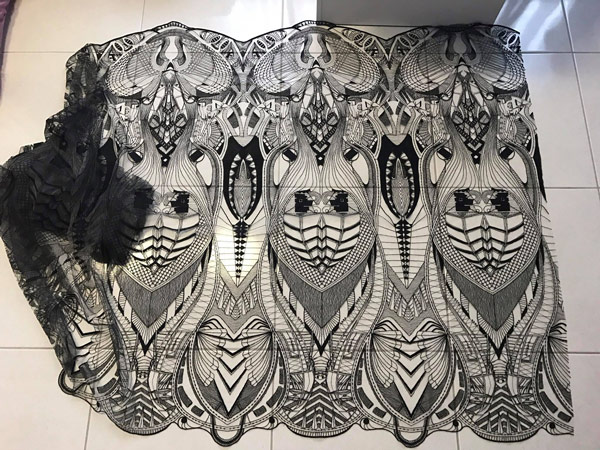 Stacie paired her look with a very chic black wrap turban by @millineryjill. She asked Jill to make her something black that was simple but structurally unique.

She found hair inspo on Pinterest for a stunning up do to complement the turban shape. 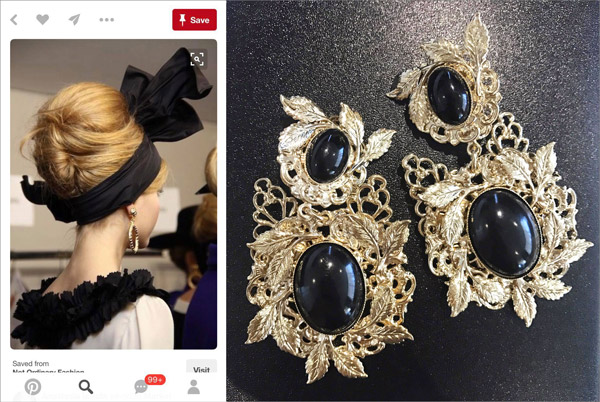 Her overall look will carry through to Spring Carnival in November and will still be very on trend.

Learn how to turn an outfit idea into a competition winning design. This simple 12 step guide will help bring your vision to life! Plus, you'll receive exclusive weekly fashion tips to help you stand out at your next race event. 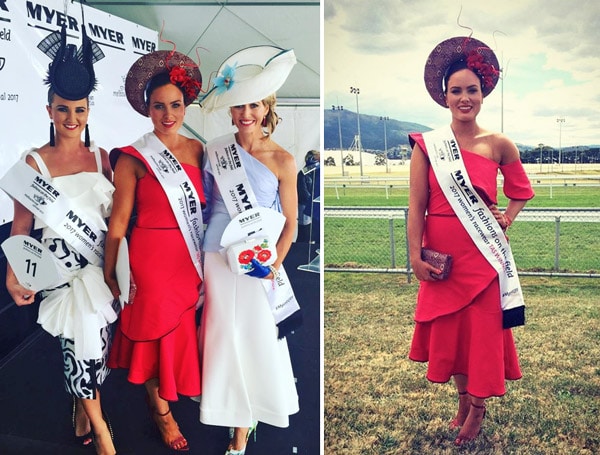 Tasmanian girl, Amanda, took out the sought after sash in a homemade dress and millinery!

A very talented woman, Amanda purchased her bright red fabric locally from Ruche Fabrics. The dress took 40 hours to make as she made many changes before she was happy with it, and made it without a pattern, so there was a lot of trial and error.

I love the shape of the layered overlay bust and waist panels over the full skirt with contrasting bias fabric on the edges. Her inspiration for the dress came from what she has seen on the catwalks recently.

Amanda’s own personal fashion critique (her husband) was to thank for the idea of adding maroon to the outfit- the winning touch!

Amanda’s crown millinery, featuring a geometric pattern, was the perfect ‘wow’ factor to accompany her dress and the red leather roses and curled quills tied it all together beautifully. 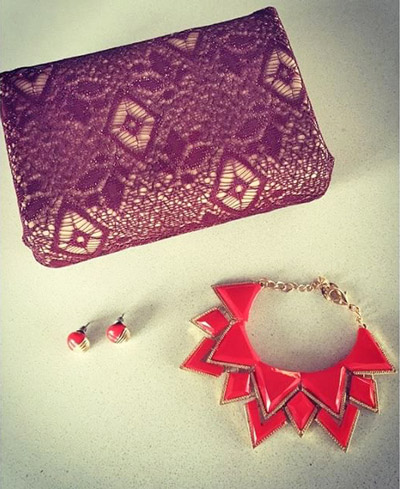 An avid DIY’er, Amanda recovered an old clutch to match her millinery, spray painted her strappy heels a deeper red colour (the field fashion community members are also big fans of spraying shoes) and wore a bracelet that was originally a necklace, which she painted to match.

These winners have set us up for what could be an interesting array of colours at this year’s National Finals, with yellow and red being chosen so far. 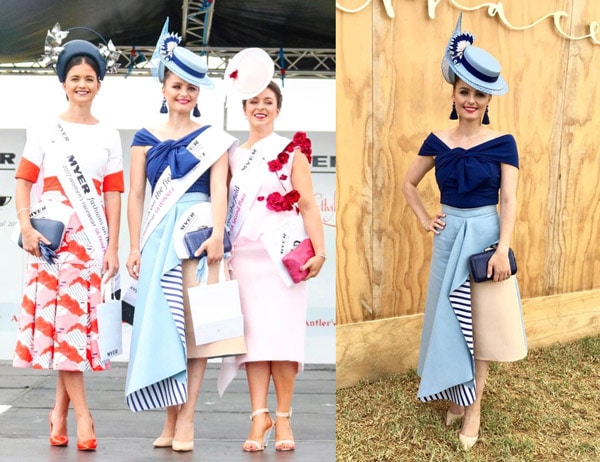 Blue takes the spotlight again with standout Melissa Barnes taking the South Australia sash in a combination of sky and dark blue mixed with beige- I really love this combo!!

Melissa says Roksanda Ilincic’s structural and geometric designs have been a favourite of hers for a long time. She found the skirt in stock (the last one) on The Outnet and the best part – it was on sale.

Her ‘boater with a twist’ was a piece she wore previously to the local Balaklava Cup last year. She remodeled it by covering the blue straw with leather to make it suitable for Autumn and made up a folded ribbon cockade to tie in with the skirt colours. 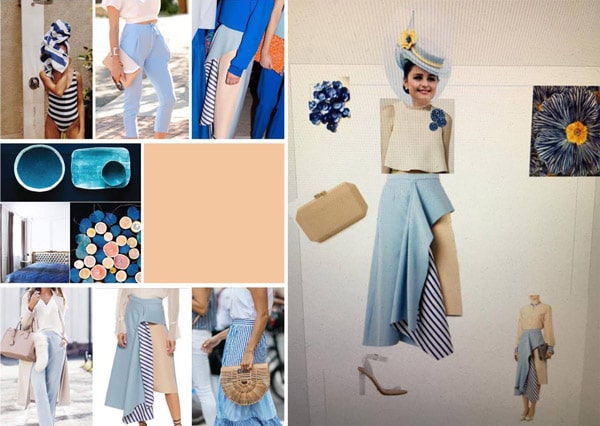 Melissa uses pic Collage to put together inspiration boards, where she explored the nude/light blue/blue combination.

“I sewed a few mock ups tops myself (very roughly) but I didn’t like any of them. After taking lots of pictures of myself with different colours on top I decided a block blue was the way to go. I think taking pics of yourself gives you a good idea of what it looks like to someone else or what the effect will be up on stage. You can also put them side by side to compare.” 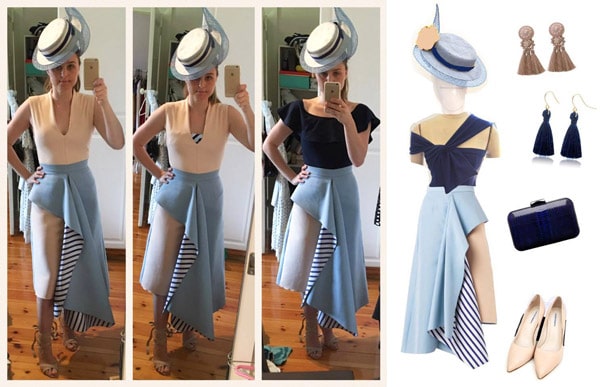 “The twist top I wore was made by a local SA designer label Couture + Love + Madness. Off the shoulder can be risky so I got her to make the straps wide and wore them on an angle.”

Melissa’s Olga Berg bag and Windsor Smith shoes were both on sale and the tassel earrings were from Lovisa.

“I absolutely love wearing gloves but I held them because I wanted to look crisp and modern. I really didn’t think I’d win, I felt confident in my outfit and super comfortable but my friend Bec was the front runner for me. It was so special to share the stage with her as she won 2nd place, a day I will never forget.”

Crystal Kimber was sashed as best dressed in a dress she and her very talented mum Gail made from her grandmother’s skirt.