This year is the first year the EKKA held a FOTF competition.

I wanted to go. After all, there are show bags, rides, petting zoo, cheese tastings… enough temptation to get me there in a dress. 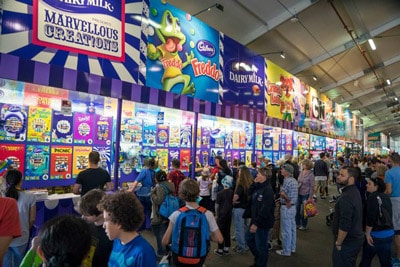 As usual, my schedule was quite full and time slipped away from me. Okay, I completely forgot about it.

When I was reminded, it was only a week out and I didn’t have an outfit. After racing around on my lunchbreaks and finding nothing but an over-priced maroon skirt, I decided I wouldn’t go.

But the night before the event, I still had the bugging urge.

And a little push from my friend got me thinking that perhaps I could rustle up a last minute outfit the night before. Hadn’t I done it before?

I admit, there’s a certain thrill I get from the panic and stress and sleeplessness of having to come up with an outfit last minute. Weird, I know.

No outfit
No millinery
No accessories
No hair appointment
Getting to Brisbane from the Gold Coast (with a hat on)
12 hours.

I needed to start somewhere and earlier in the week I visited a fabric store in Brisbane and for no reason except that I loved it, purchased some powder pink lace. A good start.

I decided to turn it into a skirt. I wrapped it around my mannequin and tried some tops with it. 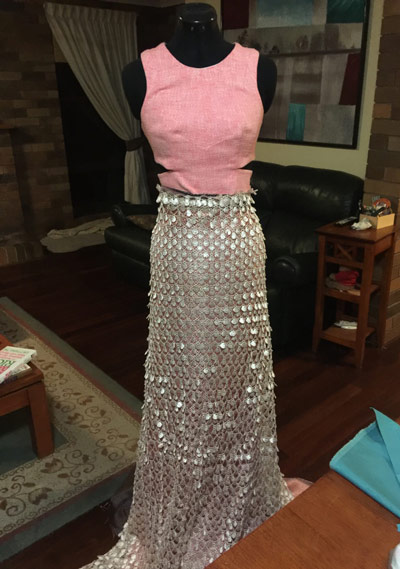 Nothing really excited me so I decided pink lace wasn’t going to work.

I did buy one meter of the same lace in black… 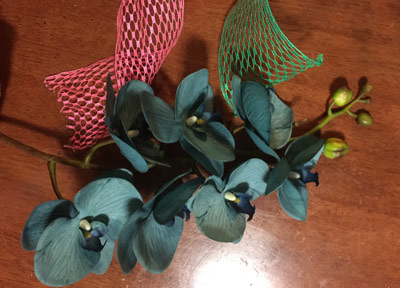 And my Melbourne cup dress is also teal… 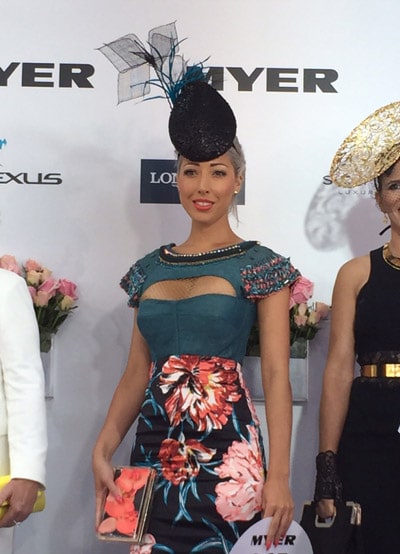 Teal Dress that I wore to the 2014 Melbourne Cup

I pulled out my Melbourne Cup dress and it was a perfect match for my teal orchids and looked nice with the black lace. Hooray!

After unpicking the sewn-on necklace, covering up the bust cut-out and sewing on the new pencil skirt, I had the makings of an outfit.

It was meant to be- I had JUST enough black lace fabric (less than a cm to spare) to fit the pencil skirt pattern. 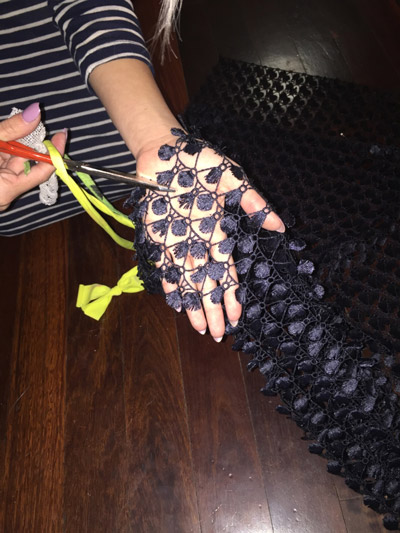 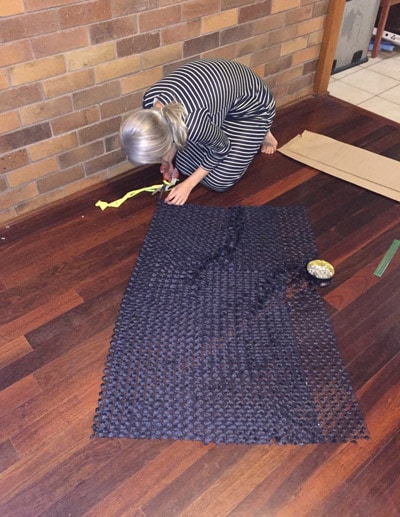 My friend Tania is a fabulous sewer and was able to unburden me from the tedious task of cutting out the skirt and hand sewing it onto the dress. Thank you. 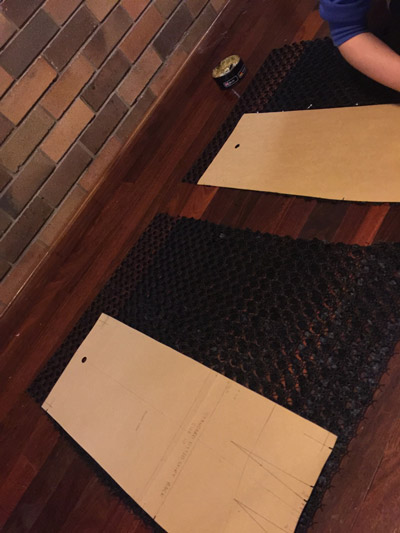 Learn how to turn an outfit idea into a competition winning design. This simple 12 step guide will help bring your vision to life! Plus, you'll receive exclusive weekly fashion tips to help you stand out at your next race event.

I had purchased a black textured percher from Elizabeth Barden that I didn’t wear at my last race event because it wasn’t the perfect match for my outfit once it arrived. 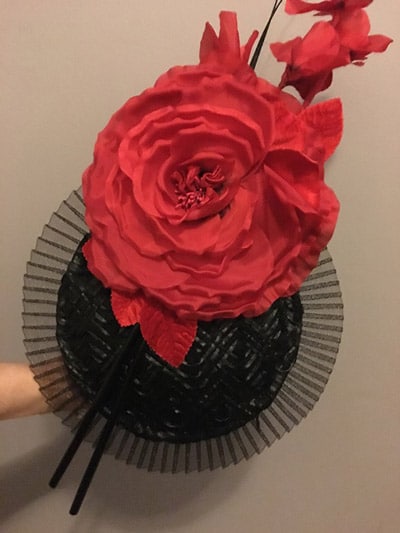 I cut off the red flowers and left the two black quills.

I had some black crinoline lying around and I love the way it looks when you separate the threads, so whispy. 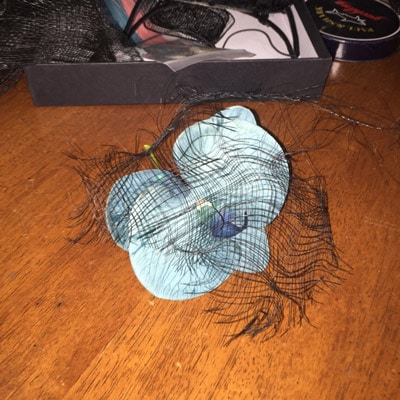 My blue orchid on its own didn’t look very appealing, but when crinoline was placed over it, it gave it some depth. I added some black petals and wired it together. Lovely! Revamping your millinery (when it turns out) is a lot of fun. 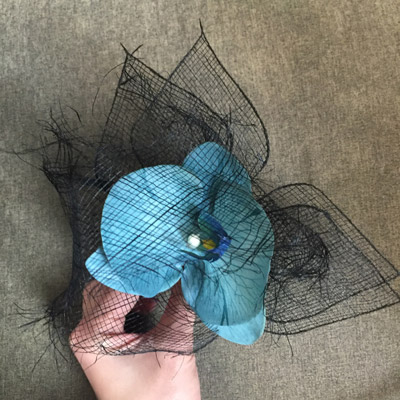 I had planned on sewing it on, but the feature was heavy and I soon found out it wasn’t going to work. Hot glue in hand, I attempted the milliner’s biggest no-no. It worked perfectly!

The hat still needed something extra, so I added some biot feathers placed randomly around the front of the hat. 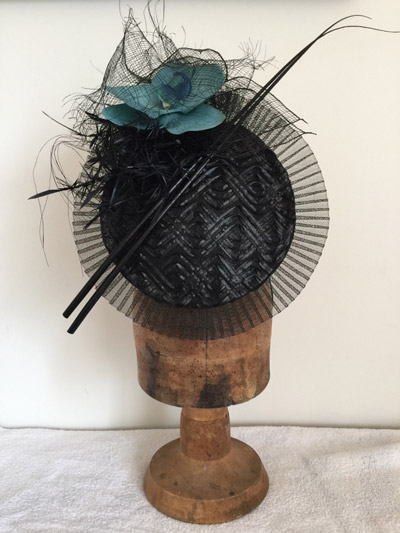 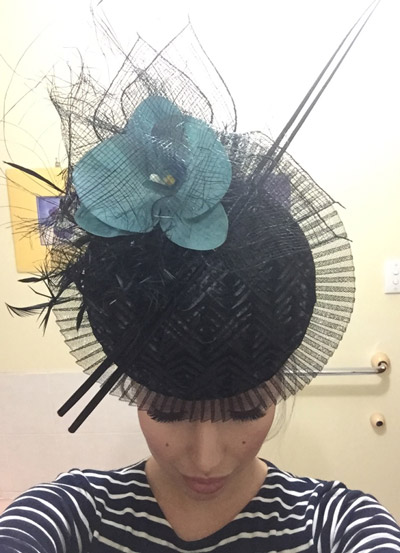 I made sure to decorate the back as I like to have some interest when seen from behind. 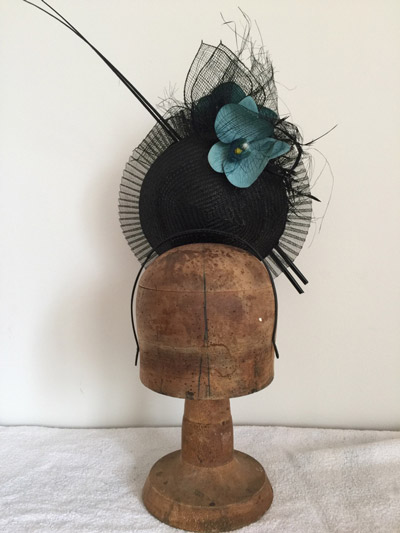 Nervously, I tried the whole thing on together…Voila!! 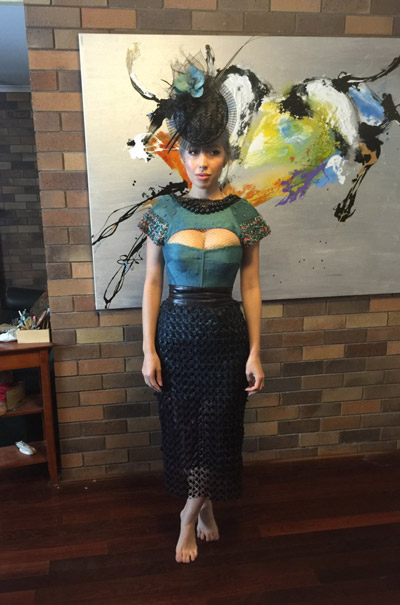 Except for the boobs- which I covered in two layers of thick black veiling. 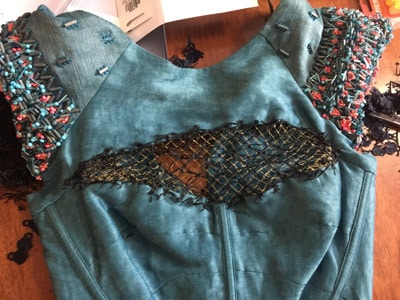 An old black beaded necklace
The black pumps I bought for Stradbroke Day
Black gloves
My trusty Lovisa black stone earrings
A black clutch I covered in sequins
Oh, and I wore pink lipstick to tie in the pink beads in my dress- simple! 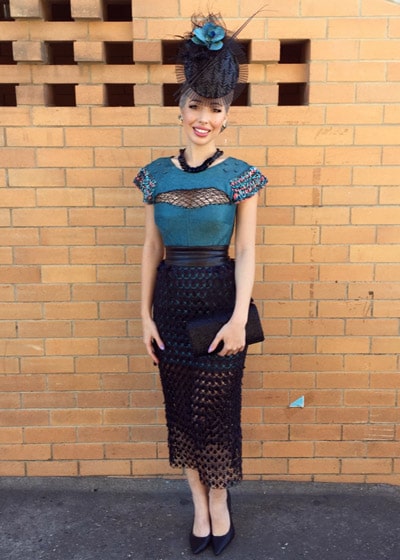 I had an hour. One hour.

I can’t fumble my own way around the donut, and I like my millinery to be secured on my head, which only a hair stylist can do properly.

So I messaged my hairdresser Kirstin at 8pm the night before. 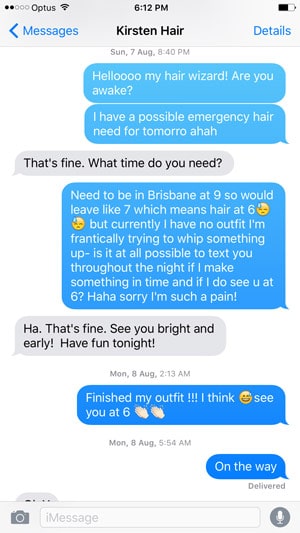 Probably best you build a rapport with your hair stylist before you spring messages like this on them though…I’m surprised she still talks to me.

Kirsten styled my hair to perfection with a new style to suit the look of my outfit and went to secure it to the hat.

No hat! I forgot the hat!

Mum raced home to get the hat. Argh. 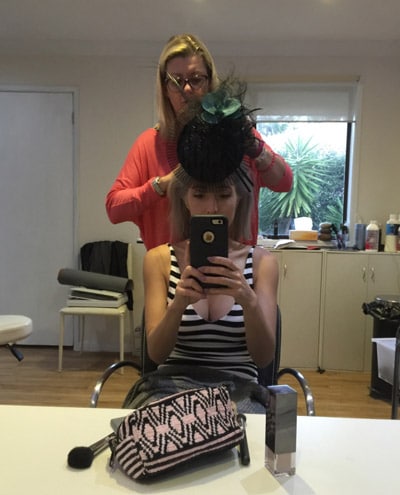 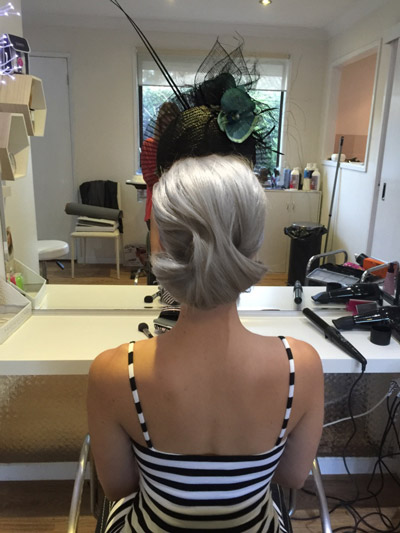 My younger brother had the day off so I pleaded with him to take us. I pretty much lay totally reclined in the front seat and we drove away.

Fifteen minutes down the highway I realised I didn’t have my dress.

We turned the car around and I called my mum to see if she could see my dress. It was outside on the front lawn sitting beside where the car had left from. Doh!

Now running 30 minutes behind schedule and praying the whole way to Brisbane for no traffic, we made it with ten minutes to spare before the gates opened. 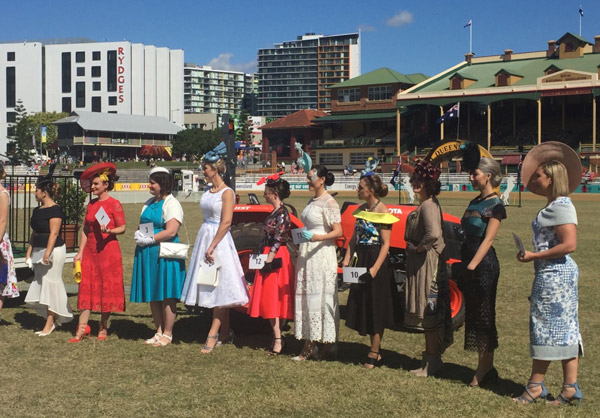 Queensland pulled out a perfect 23 degree and sunny day. There weren’t a lot of ladies competing, but still no shortage of beautiful outfits and millinery.

So, was it worth the last minute rush??

Check out the sash!